It seems the gloomy news for soon-to-be pensioners just keeps coming. As well as many now having to work to a minimum age of 66, 67 or even 68 before claiming a state pension, if you decide to buy an annuity with your hard-earned savings, rates are apparently at a record low. 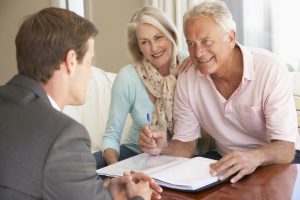 An annuity is one option for savers when it comes to retirement and remains popular despite the new pension freedoms recently introduced. Thousands of people use their pension pot to buy an annuity that gives them a guaranteed secure income for life.

According to Moneyfacts, a 65-year-old who had £50,000 saved for their old age now gets a record low of £2,237 a year when they buy an average standard single life annuity, compared to the reported figure of £3,627 per year they would have received in 2007.

The fall is being blamed on the rock-bottom interest rates that the UK has experienced since the financial crisis of 2008.

An annuity remains the only way to gain a guaranteed fixed income for the rest of your life once you have retired. Another option is to draw down income, where your pension pot stays invested, and money can be withdrawn when needed. You can take up to 25 per cent tax-free. However, as it is invested, the fund can fall as well as rise in value. Depending on the investment performance and how much you withdraw, the fund may run out!

If you are already saving towards a pension or looking to start one, it is always important to get an independent appraisal of what your future financial needs may be and how you can meet them.

If you need help planning for your retirement or advice on existing pension provision, visit www.robertnicholas.co.uk or contact us on 01952 820155.